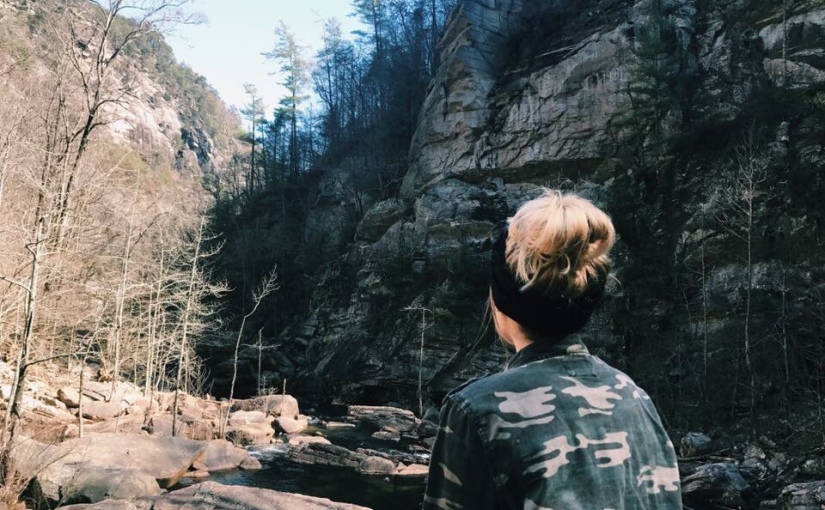 Life is a battle. That battle is never ending. Every day from the moment we wake to the moment that we fall asleep at night there is a spiritual battle being fought on our behalf. Sometimes we are aware of this and know how to fight back, and other times we find ourselves feeling like the world is caving in on us and we are unable to understand why. Or, maybe, sometimes we recognize that there is a battle being fought but we are just too unprepared or unmotivated to fight back. We are so quick to just wave our white flag and surrender to the enemy at times because that is the easy thing to do. Let’s face it, it is so easy to feel bad about ourselves and to remain feeling bad about ourselves or whatever situation we are dealing with.

I am not just out here preaching either, I am guilty of caving into the lies of the enemy and allowing myself to feel bad just as much as you might be. I recently just got myself out of this cycle that the enemy had me in. On the outside I may have seemed strong and prepared for whatever was thrown my way, but on the inside I was an actual hot mess. I was not prepared to fight any battle, in fact, I was tired of fighting. My whole life has been a constant battle, and I was so fed up with “nothing ever going my way” (I was being a littleee too dramatic with this statement) that I caved. Because it was easy. I allowed myself to be consumed in lies. Lies that I wasn’t enough, that I was a failure, that I would never have true joy again, that I was weak, that I was not capable, that I was unlovable, that I was not worthy or valuable, and so on. I had taken so many hits and allowed myself to just sit in these lies for way longer than I should have. For almost a year I believed these things about myself. I was insecure, broken, and tired. I lost sight of who I was completely. My issue in all of this was not just that I had chosen to accept these lies, but it was that I had lost sight of my true identity as a daughter of Christ.

I won’t speak much about identity because I have spoken about it in a previous post, you can refer back to my first blog post titled “beYOUtiful”, but I do want to re-implement the importance of knowing who you are in Christ. This was the key component missing in my season of struggle. I lost sight of my identity and what God says about me. I had forgotten how beautiful, cherished, desired, worthy, valuable, strong, bold, and empowered that I was. I was finding my identity in a person at the time rather than in the one who created me. That was so wrong of me, and it destroyed me on the inside. I was not myself in any way, shape, or form. However, although I walked through this tough season of my life I came out stronger, more determined, more focused, wiser, and braver than before. There were other battles that I had to endure during this time and season of my life as well, some personal family battles, but because my identity has been re-established in Christ and I have found my strength again I finally feel prepared to continue moving forward.

I am sure your story looks different than mine. We all have our different battles that we are fighting, but the main point that I am trying to get across here is that you have a choice. You can take the easier route and wave your white flag, or you can choose to take up your crown as a true son/daughter of Christ and show the enemy who he is dealing with. You are strong enough, you are capable, you are brave, you are valuable, and you are more than enough. You can and will overcome, not by your own strength but because you have Jesus on your side and he already won the major battle. That’s over. The victory is his, and if you have him living inside of you, the victory is yours as well. Act like it. Walk like it. Live like it. The victory is yours.

Check out this video link below!

Surrounded (This Is How I Fight My Battles)